Few people have emerged on to the Paleo scene in quite the explosive way that Denise Minger has!

Her smack-down of Colin Campbell's "The China Study" has had an incredible effect. Her erudite critique and analysis of Campbell's work has resulted in a post that is surprisingly accessible even to the statphobic!

So devastating is her analysis that I think we just might see Campbell's book fall off the Amazon charts - if not, result in slightly more reviews that result in 'less than five stars'. (DM has sufficient skill to perhaps write her own "'China Study" to supercede the former tome.) You can actually get your hands on some of the 1989 data here and the original study data here.

On further investigation it transpired that another paleo blogger put the book to the sword back in 2005 (hat tip to commentor Alex at Free the Animal), and although not as extensive as DM's work, does deserve mention. Brad Marshall is that blogger and his work concludes with the following diamond pulled from the China Study Turd:
BM also linked to this interview with Colin Campbell (my emphasis):
Whilst it is quite sad for CC to have been thusly exposed on the blog-o-sphere, what the past few days has shown is the value of Scientific Method and peer review in addition to the power of the T'interweb.

To the credit of DM and BM, they focus on the figures, not the man. And although they focus on Campbell's interpretation of the data, NOT on Campbell himself, there is more than a whiff of his prejudice that hangs over both the interview and his book. Given his status as a scientist and educator it is hard not to reflect on his character given the abuse of his position that such bias constitutes. As those of us who follow paleo believe, Campbell is far from alone and greater damage is being wrought at much higher levels of society as Ancel Keys' meme shows (and in honesty I cannot put myself above such bias).

Bottom line; Scientific Method has broken through, and for that, we should all be thankful. In the wake of this high profile smackdown, we now enter a calmer period of shakedown where we can digest what this analysis means in practical terms...
Posted by Asclepius at 19:48

Denise's analysis of The China Study is heavily flawed and therefore invalid. Debunked by a cancer epidemiologist...

The proper testing procedure as stated by an expert on analysing stats...
http://www.30bananasaday.com/group/debunkingthechinastudycritics/forum/topics/my-response-to-denises

Hi there 30BAD guys, thanks for posting here.

It would be nice for TCC to publish the detail of his methodology so that his interpretation of the data can be put under the same kind of scrutiny as Denise's. Could any of you/your buddies arrange this?

Hopefully with a colloboration between Denise and Veganmama, both the paleo-crowd and the veg*an-crowd can come away from this flashpoint with an honest interpretation of the results of The China Study.

Your in peace and understanding,
A

How come NONE of these pro meat bloggers have any REAL muscle/cardio with all that protein talk? :)

Mike Arnstein ran a 2:28 marathon this year at Boston. He is the FASTEST runner in the raw food movement today. Long time vegan and now powered by sweet fruit. How come there is no competitive athletes eating this 'paleo fat diet?' Please shut me up and show me cos Im sick of seeing cardio and muscle deficient paleo crew trying to debunk the china study that us elite athletes are thriving on.

Can you debunk me with a high fat eating paleo athlete that is a national level runner, cyclist, power lifter, UFC fighter like us vegans clearly have provided.

A-har there matey! Welcome to my swashbuckling blog. Thanks for the links.

There is no intention on my behalf to be a body builder nor an endurance athlete. Distance running as a sport is anathema to paleos!

Now I did check out one of your bodybuilders and you are right he is truly awesome, and most-jacked(http://www.veganbodybuilding.com/contest_overall_m1.jpg). Maybe I could put him to work in the scully or swabbing the decks, being the landlubber he is.

Seriously though, I was ten years a vegetarian (about three of which were vegan), and I regularly had energy crashes late in the afternoons, couldn't really go any length of time without food (awaking ravenous each day), and although I would periodically attain a physique and level of performance I was happy with, I could not sustain it in the medium term.

I went 'paleo' four years ago. Now I have a physique I am happy with, that I sustain with a LOT less training. I am stronger than ever, lost 2 inches on my waist and am 4kg heavier than my veggie days. I can also train fasted without having eaten for 24 hours and have undertaken one mammoth 24hr endurance event totally fasted (search Welsh 3ks on my blog).

What this says to me is that I can run off my fat stores in a seemless fashion in a way I couldn't before. Better still I do all of this without gnawing hunger and without having to count calories or measure out protein levels. The scales stay on the fish.

I hope that we can unite on some issues. The stats shakedown on The China Study could be quite a revelation for both Bananas and Paleos (assuming the data set is robust enough from which to draw conclusions). Similarly I'd guess we could both find common ground on environmental issues and animal welfare.

I hope to post more on these latter topics in the near future.

Again, thanks for dropping by Durianrder.

Best of health ,
A

Shiver me timbers! Durianrider, I have justrealised form 30BAD that your pst was a spamtastic cut and paste!

I'll keel haul yez I will!

These evangelical vegan-tarians make me laugh.

I cut and pasted a response so I could cover the most blogs and then respond to individual questions.

Sounds like you didnt do vegan proper. Its like cycling, if you take the hands off the bars..it can be bad! :)

Welcome back Durianrider. I can appreciate why you cut and pasted, but some sites may well delete your post if that is the case (rather than being 'hostile to your cause' as Freelee asserts at 30BAD).

I have yet to search for any "elite athlete that [eat] a high fat, low carb eating paleo diet".

I have however found that Vegetarian (and ex-Fruitarian) Steve Jobs and Gwyneth Paltrow (some kind of macrobiotic diet) have suffered from poor health by straying from an evolutionarily optimal diet.

So what is an evolutionarily optimal diet I hear you ask? Well, if you were stuck out in the wilds on your own, what would you eat? Go figure.

Check out my latest youtube vid I put up yesterday. 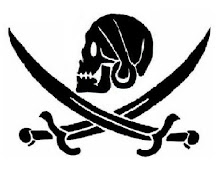